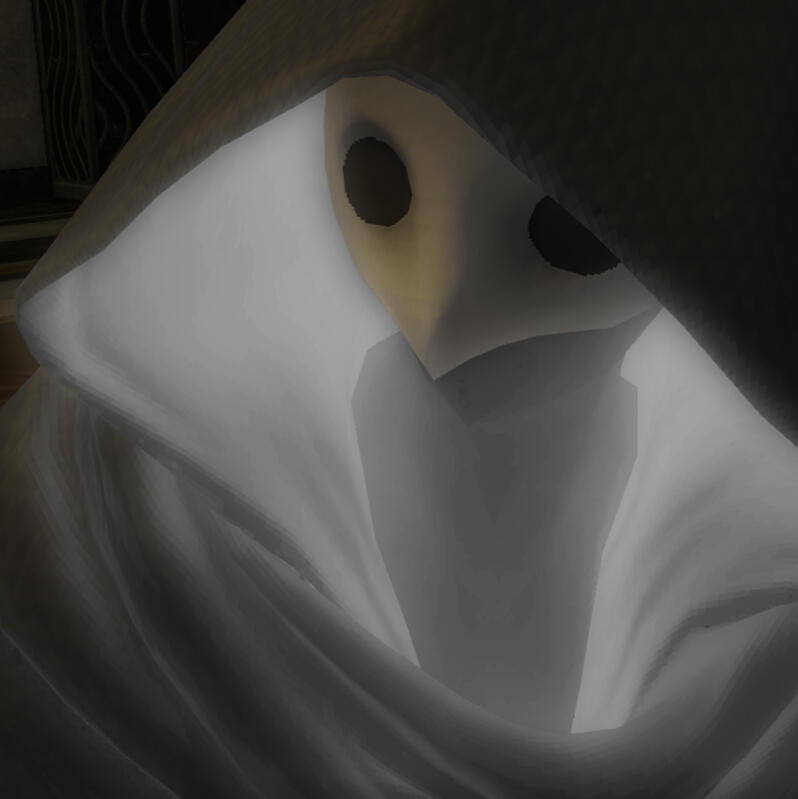 Much like the rest of the city of Amaurot deep within The Tempest, Hythlodaeus is a replica created in the memory of an Amaurotine by the same name, who was a close friend to Emet-Selch. But unlike the other creations, he is aware of the truth of their existence, and possesses some memories of the former Hythlodaeus -- sharing with us the story of Amaurot, the Ascians, the Calamity, Zodiark and Hydaelyn, and Emet-Selch's true reasoning for his actions.
As the real Hythlodaeus before him, he is able to see the souls of both the living and the dead, and can identify them by their innate colors.

He is able to shapechange into a mortal form(albeit temporarily). His time in a given form can be extended by him being imbued with more aether; as such, the more he possesses within his body, the longer he can sustain a given form.

After Hades's defeat at the hands of the Warrior of Light/Darkness, the souls of those who clung to him were finally shaken free, including that of the real Hythlodaeus -- and the wayward soul found itself a home within the shade's body. Rather than usurp the body, however, the consciousness of the real Hythlodaeus manifests in memories and thoughts, guiding the shade of him on his many adventures throughout Norvrandt and on the Source.

Despite being woven of aether just like the rest of the city and the other shades, he is nonetheless a tangible being, able to leave Amaurot -- though he must be careful. Sustaining too much physical harm or mental duress, or using up too much of his aether, will cause him to dissipate.